While still in school, I discovered the powerful pull of magic, myth, and legend.

Each is distinct, yet they tend to intertwine and tangle until finding the individual threads is all but impossible.  King Arthur is the perfect example.  It’s still debated whether he and/or Camelot existed, but everything from his conception to his disappearance into the mists of Avalon is shrouded in magic, myth, and legend.

All three of these components can be found somewhere in the past of  every culture, and the parallels, despite things that would have forbidden cultural exchanges, are amazing.

As my Ruby Sis, Rita, likes to say, it all comes back to our lizard brain.

Like most students, I learned about the Greek, Roman, and Norse gods and goddesses.  I bought Thor comic books (since I had the biggest crush on the flaxen-haired, yummy-muscled version of the god), and watched Clash of the Titans, Jason and the Argonauts, and myriad campy movies about anything remotely associated with Asgaard or Mt. Olympus.

Later, we named our one Siberian Husky Loki (the name fit like a glove.  Despite that, we still miss him) because once a fangirl, always a fangirl, but life allowed little time for the fantasies of youth; the stuff of magic, myth and legend had no place in a world full of children, bills, and 9-5 jobs. 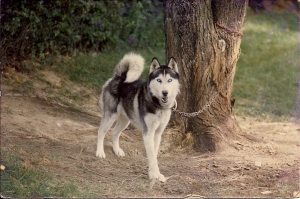 When I started my Seers series, I had no idea it would take me back beyond the mythology I once loved to a mythology that I had yet to explore.  In fact, until I began contemplating book three, I had no idea what, other than the psychic gifts and the primary villain, united the series.

Then I met Kendra O’Neil

Kendra introduced herself to me over lunch at IHOP.  No, I’m not kidding.  One minute my sweetie and I are discussing his visit with the doctor and eating stuffed french toast, the next I have a blind seer (yeah, I know.  Sounds like the mother of oxymorons, doesn’t it?) parked in my brain telling me about herself and the prophecy that, while I knew it existed, had yet to be revealed to me.  Kendra recited it, explained what the cryptic words meant, and told me how she knew what had happened.

“‘Tis The Morrigan,” she whispered, her Irish lilt gone flat with dread.

“Heed me, I pray you.  ‘Tis The Morrigan, and she must be stopped.”

Now, I have numerous books on mythology, and one of them covers myths pervasive in every known civilization from the dawn of time.  Of course, it includes Celtic mythology, so odds are I read about The Morrigan at one time or another but had forgotten about it.  With Kendra’s help, my psyche pulled bits and pieces from its vault until I had a picture.  Not a complete picture, mind you, but something with which I could work; Kendra’s story had begun to take shape.

My synapses were popping.  Excitement banished hunger.  I scribbled notes until my sweetie finished eating.  Since I can’t write and drive, he played secretary, recording my babbling, during the entire 100+ mile-drive home.

Then, I sat down and wrote the opening of the third book.

I sent those pages to my CP, and as is her wont, she started asking questions.  To my surprise, I didn’t stumble even once, the answers ready on my tongue.

The bones were set, but the flesh remained sparse.  Three more books on Celtic Mythology joined the other myth books on my shelves.  And the story became clearer.  As did an unwelcome truth; I had no choice but to revisit the first two books in the series and make a few tweaks (that’s no exaggeration.  The tweaks have been few and easily accommodated.  My psyche must have been in on Kendra’s plan from the first without me being aware of it) so all three would work seamlessly together.

So, for the next few weeks (at least), this blog will celebrate Celtic Magic, Myth, and Legend.  There will be comparisons to those components in other cultures, highlighting the differences as well as the similarities, and comparisons of the same myths told differently within the same culture.

I hope you’ll join me and share your knowledge.

I don’t know about anyone else, but starting a new project always throws me into a tailspin.  Not because I lack ideas.  Not because I’m not excited.  Not because the story isn’t jumping up and down on my head screaming, “Write me, Woman!”  Any of those I could handle.

What, then, is the problem?

The problem, dear reader, is there is so much to say, so much to write, so much roiling around in my mind, it’s a hot mess!

And I  don’t know where to start.

In a perfect world (translation: in a world where I made the rules to suit myself), I’d write a dark prologue.  The scene would be set in a cavern lit by smoking flambeaux, bright only in a limited sphere, leaving blurry edges in which any number of critters, whether real or imagined, could hide.  Sound would be magnified; the slightest whisper would become a shout within the high, stone walls.  And my heroine would not yet exist except in the mind of the man orchestrating the scene, planting seeds that wouldn’t sprout for nigh a millenia.

In case you didn’t get the memo, it isn’t a perfect world.

The previous two books in the series, while originally written with prologues, have since swallowed them at the insistence of my CP and a best-selling author who happened to judge the second book in a contest.  Digesting those graphic but somewhat gruesome scenes came hard, and I cursed in five languages (yes, I can!) as the body of the story refused to accommodate the necessary information they provided.  It kept rejecting them, vomiting them out.  Naught I did would induce acceptance when the scenes were served whole.  Their violence glared from the page, angry red hives erupting on otherwise smooth flesh.

It’s like the danged thing developed a severe allergic reaction.  Leave it to me to have a manuscript—or two—with anaphylaxis.

In the end, small, brutally edited bites served over the course of several chapters did it, but my inner-purist had a hissy fit the size of a small continent throughout the process.

Since I’m not into masochism, I promised myself I wouldn’t make the same mistake yet again.  I would write the story sans prologue, putting things where they belonged in the first draft.

That’s a promise I will, in the interest of getting the draft done during my limited lifetime, probably break.

Writing this series has taught me several rather annoying things about my process, not the least of which is that, while I plan to write in a spare, linear fashion, it never works out that way.  Elements in book three have required minor tweaks in both the previous books.  That translates into writing complete series prior to submission of any part of a series.

Even so, that little snippet of book three on my About Gwyn page has taken on a life of its own, opening doors I never anticipated.  It’s exciting.  It’s exhilerating.

It’s driving me quite crazy.

The research into Celtic mythology has been both frustrating and enlightening.  Every myth has numerous versions, and every god or goddess several names or incarnations.  Unlike the more studied mythologies that have gained some degree of standardization over the years, the Celtic myths remain much as they have always been.  This can be either blessing or curse; I get to choose the version that best suits my story, but there will be some reader somewhere who is acquainted with only one version—and you can bet it won’t be the one I need.

The heroine’s physical blindness being mitigated by her perception of visual energy has demanded deep consideration of things usually taken for granted.   What would a squirrel’s quivering energy look like?  What colors would a tree’s energy be when the sun is high?  How about at night?  What color is a lie?

And the prophecy, the heretofore unknown thread spun in the age of Arthur, weaving itself through time to destroy a unifying threat, has thickened, gaining filaments until it has become a cord strong enough to pull all the stories together—and finish what was begun.

Yep.  This story could prove a one-way ticket to the white-coat fashion expo.

I’m foundering here, folks.  Please share how you begin a story.  Keep in mind, I’m a pantser.  I’ve tried plotting and storyboards and every other trick I’ve read about or heard mentioned to no avail.  My process is inefficient, annoying, and the only thing that works for a mind as convoluted as it seems mine is.  Still, I’m desperate.  This story is stealing my sleep, my peace, and my sanity.  If you haven’t a rope or a floatation device, I’ll settle for a pumpkin or a few empty milk jugs—anything to keep my head above water until this particular hot mess begins to take shape, cool, and gel.

When it does, when all the pieces finally come together, this is going to be one kick-ass story.  And that’s a promise I intend to keep.